The use of plastics has been the subject of intense public debate in recent years. The pollution of the world’s oceans by packaging waste is an important global problem to be solved. The advantages of plastics for technical products, such as in medical devices, energy-efficient windows or in transport facilities are often forgotten in discussions – but even here there is a potential for improvement. In 2020, Fried joined a global initiative “Zero Pellet Loss” of the plastics industry in order to avoid granulate losses in the production. The project could be implemented within a few months and thus a contribution to the reduction of plastic waste was made.

Why is it extremely important to reduce Plastic Waste?

For several years, the concern of marine biologists, environmental organizations and politicians is growing due to the accumulation of waste in the oceans. The amount of waste in the Atlantic and Pacific is estimated by the EU Commission at around 100 million tonnes – a large part of which is plastic. The majority of packaging waste comes from China, Indonesia, the Philippines and Vietnam.* Only a very small part of this waste are pellets. Nevertheless, they are found in rivers, on beaches and in the sea. Only the plastics producing and processing industry, together with their logistics partners, can actively contain these losses.

The plastic associations around the world have launched initiatives under the names “Operation Clean Sweep” and “Zero Pellet Loss” to prevent the loss of plastic granules along the entire supply chain. Even if this does not solve the global problem with marine litter, it is of great importance for social trust in the plastics industry to show a sense of responsibility.

Granules do not belong in the environment. Together with the plastics association GKV/Tecpart, Fried Kunststofftechnik took the initiative to investigate the plant in Urbach and to identify the places where there may be losses of granulates into the environment or sewage system. To identify and eliminate the weak points is not only important for the environment. As granulates can cause slip accidents, the “Zero Pellet Loss” campaign has positive effects on the internal work safety. In addition, the plastic granulate is a valuable raw material.

Elimination of the Weak Points

Within three months, several technical and organizational measures were successfully implemented in different areas of the company. Firstly, the employees of various departments were trained and made aware of the problem. This included raising awareness among external suppliers and the company’s own pallet transport drivers, as well as reducing the speed of forklift traffic within the whole company.

Vacuum cleaners were purchased for the immediate removal of the granules in different areas of the production. The places that are difficult for cleaning access, such as pipelines, were covered as far as possible. In order to minimize further granulate spills, the material change at the conveyor funnel is generally carried out by two employees.

The pellets are disposed in big pack bags, which will be pushed directly into the container with the forklift when collecting the waste.

Correct handling of the granules protects and preserves our environment – especially the waterways and oceans. It is the sum of the small details that lead to improved cleanliness and order in the company. The observance and effectiveness of the measures will be checked at Fried in regular intervals and adjusted if necessary. Because the protection of the environment and the careful handling of valuable resources is an important concern for Fried Kunststofftechnik. 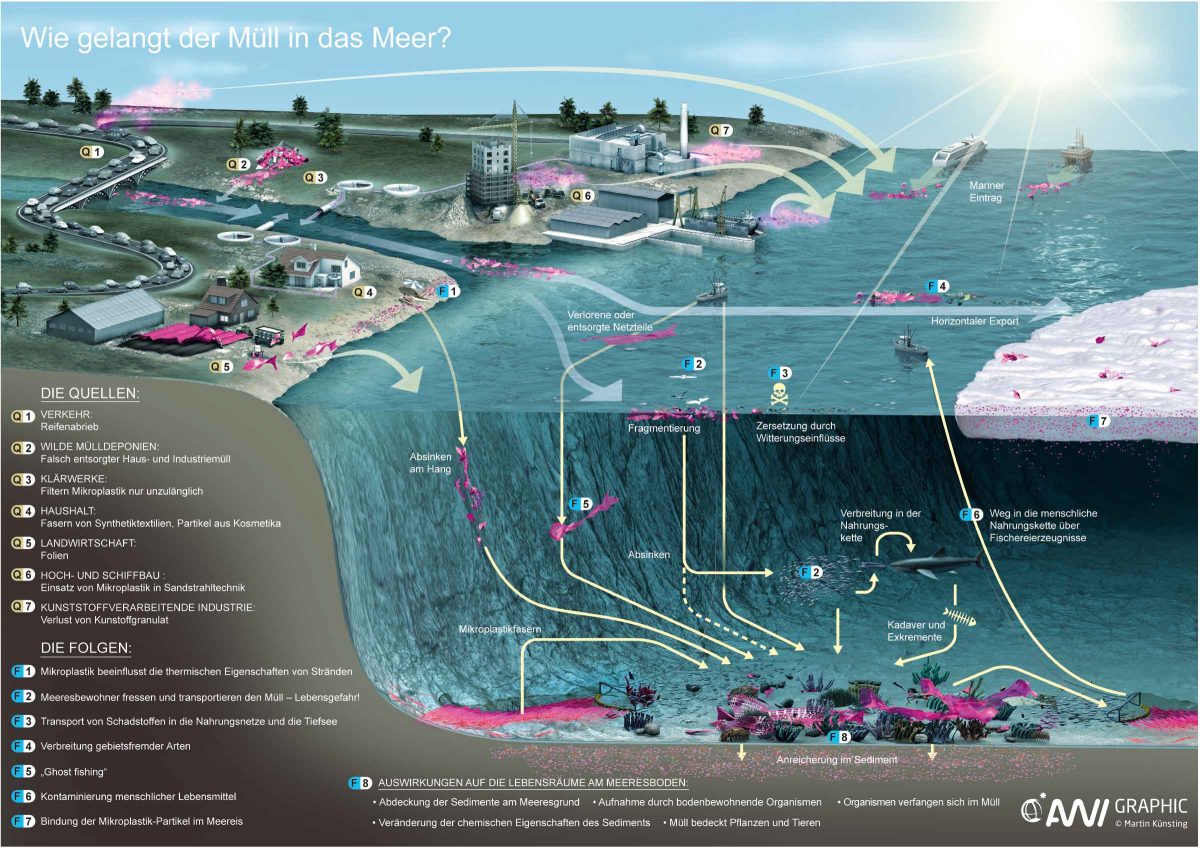 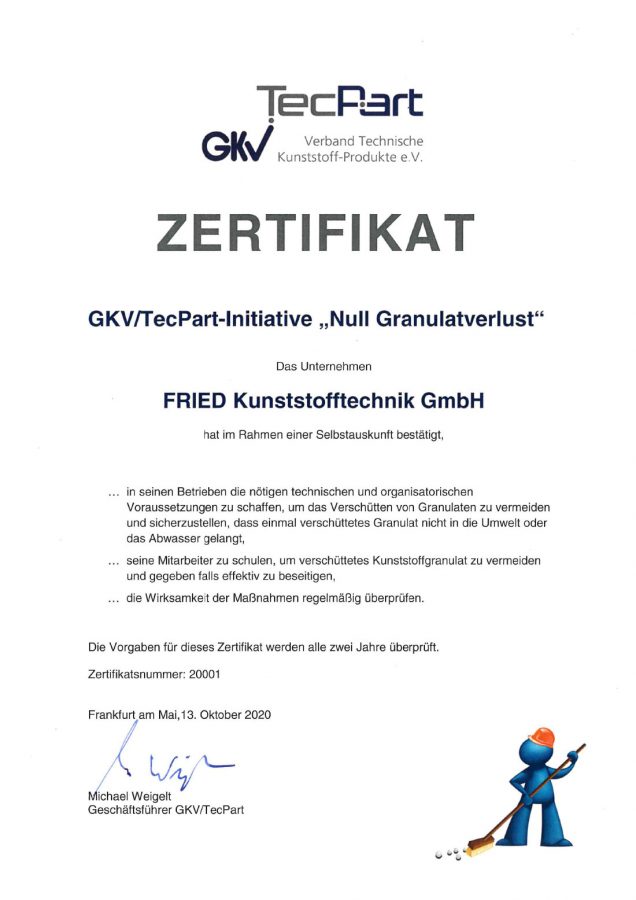 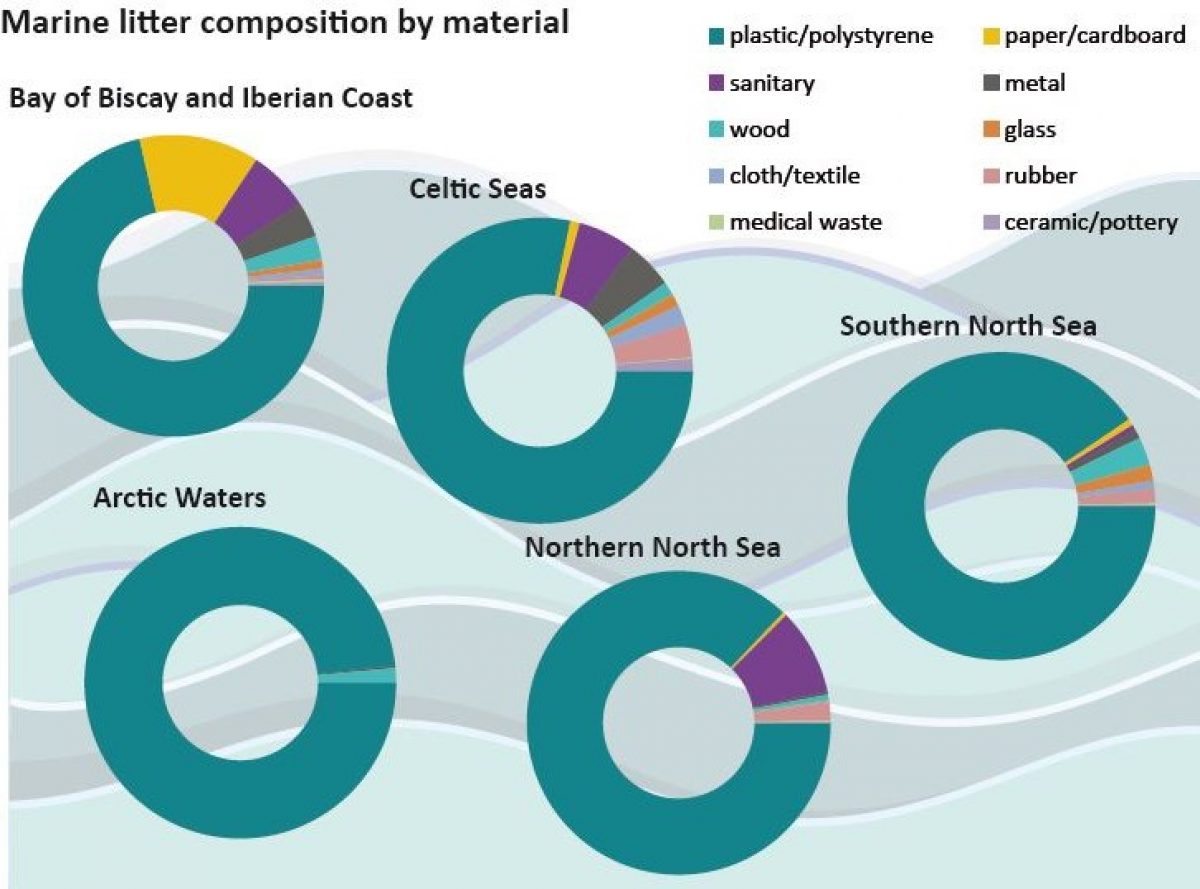 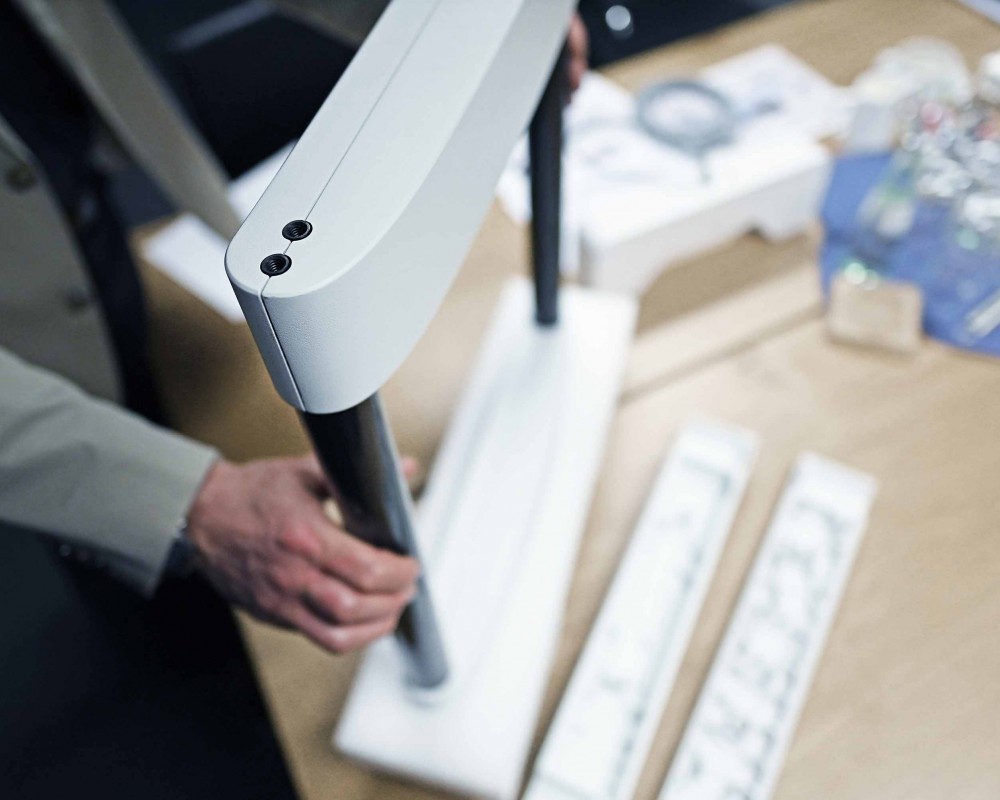 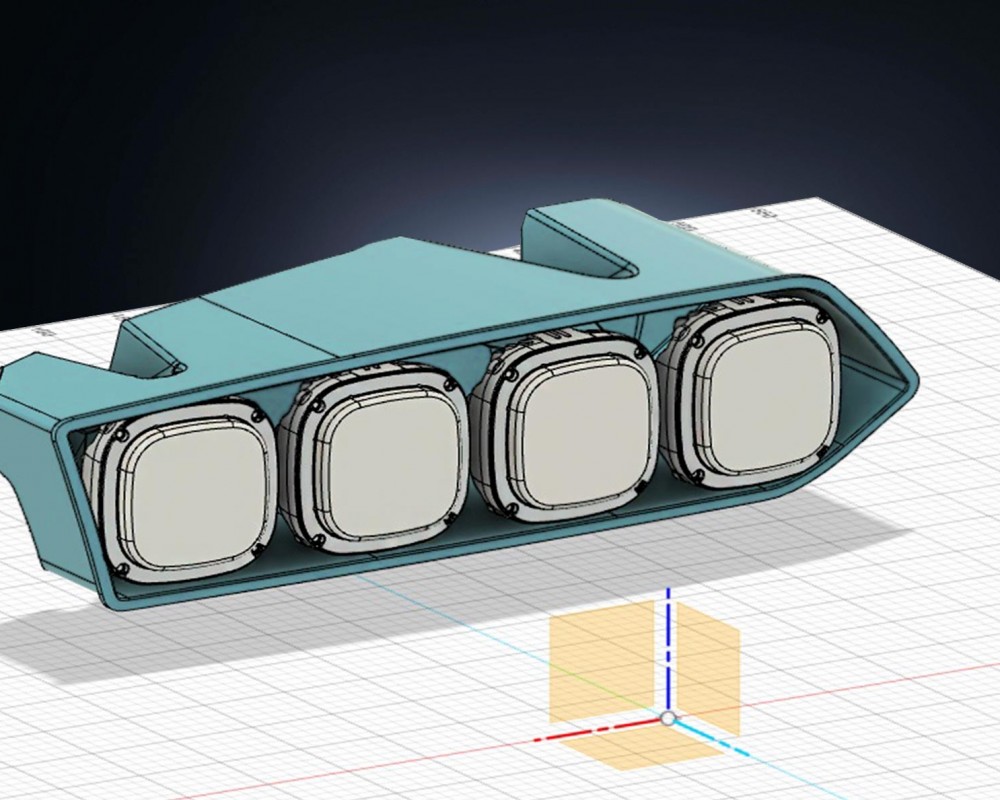 Fried Supports Customers in the Fight against Corona
Zum Fried-Impuls 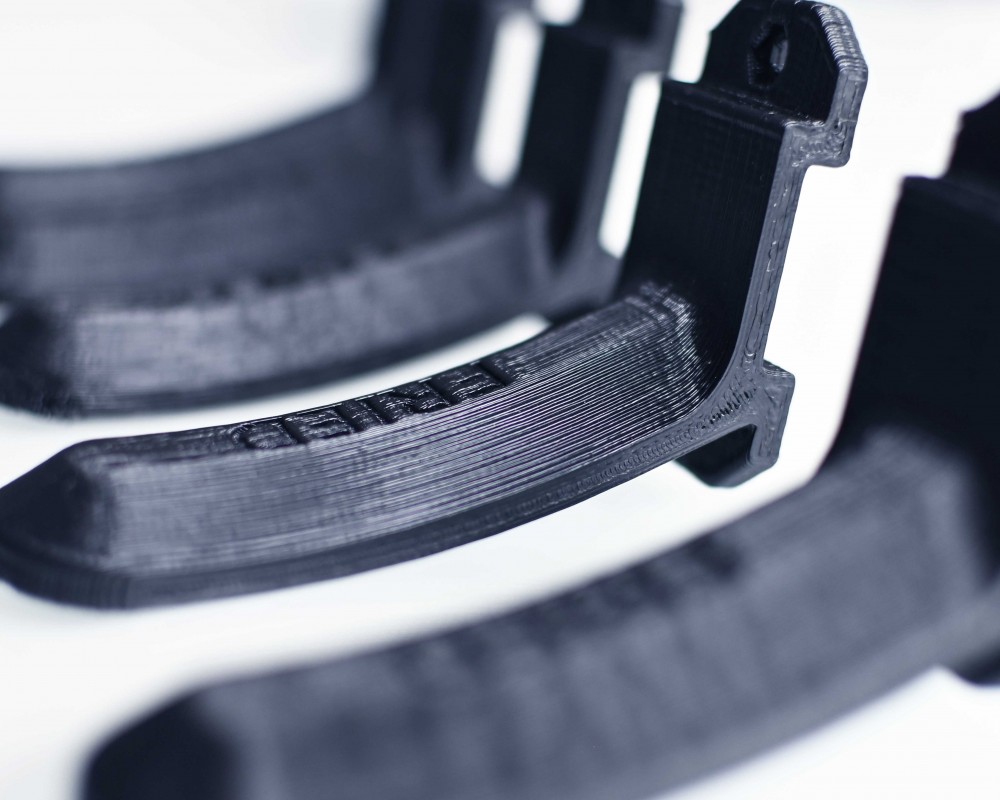 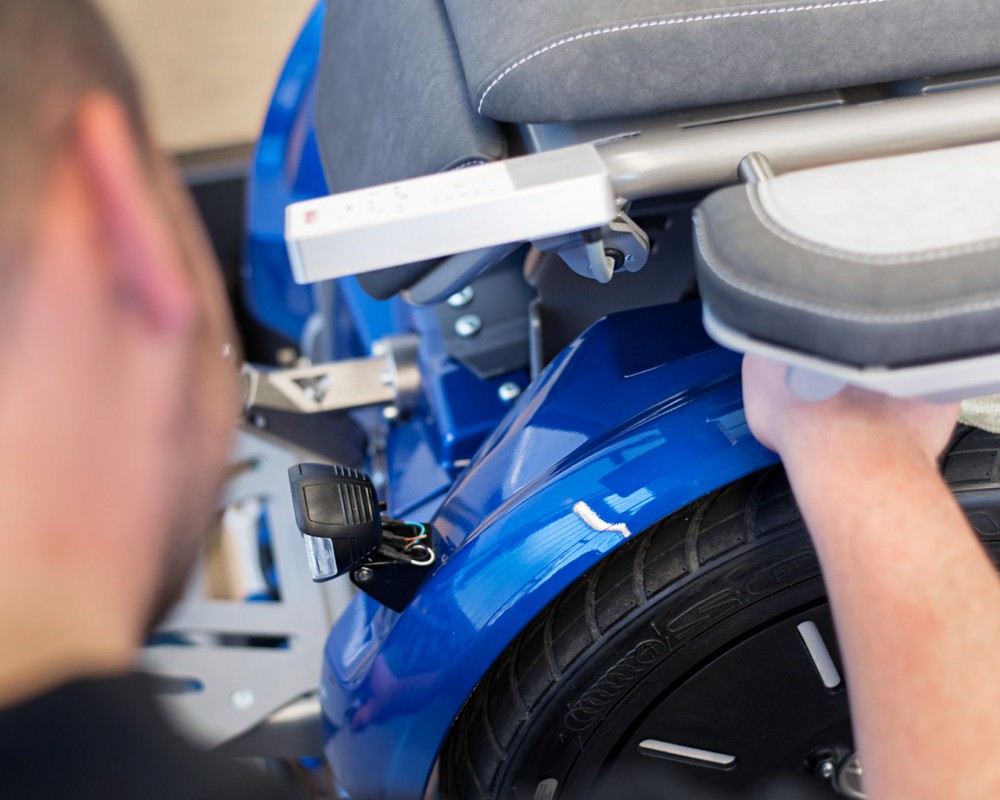 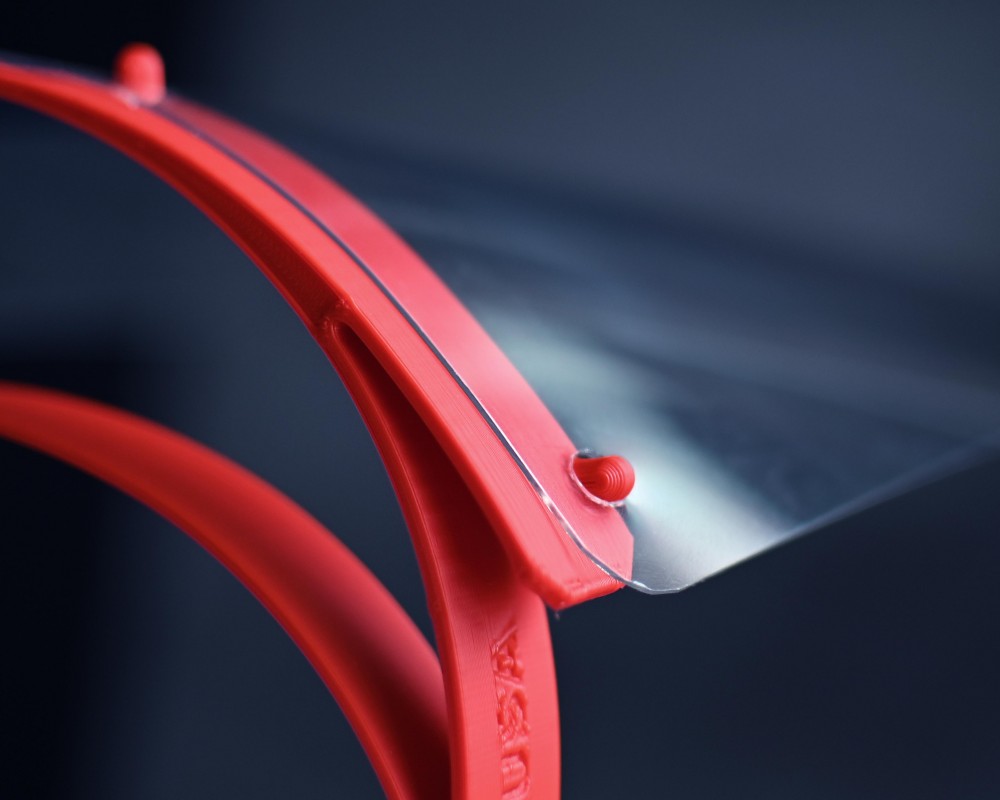 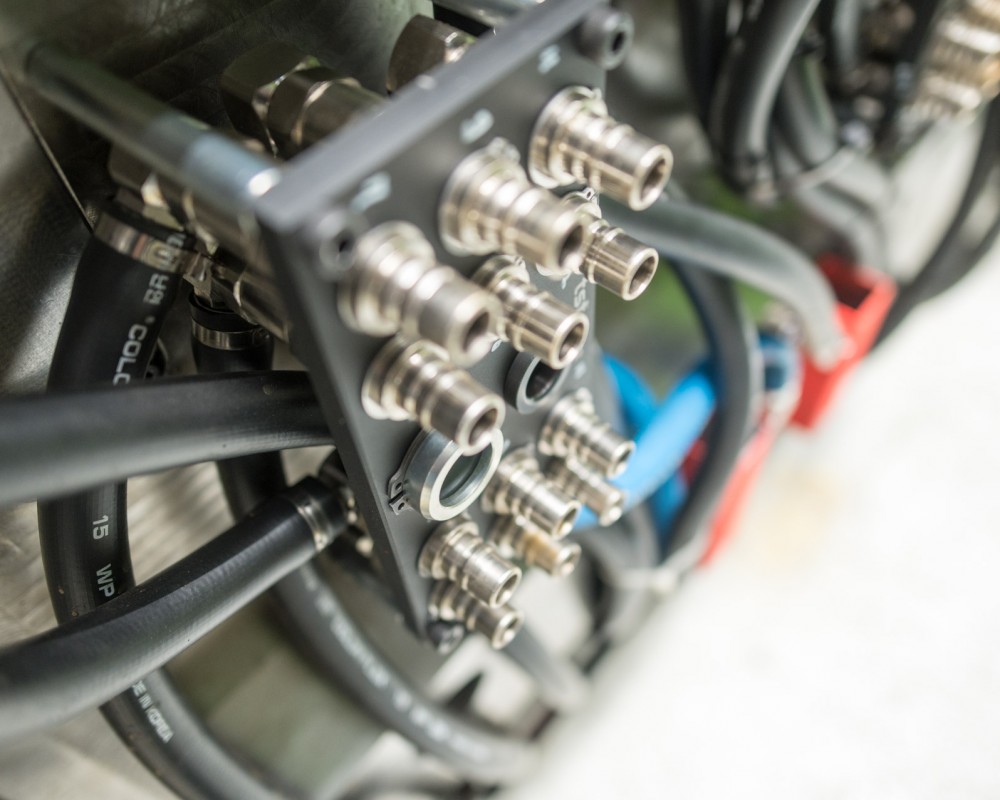 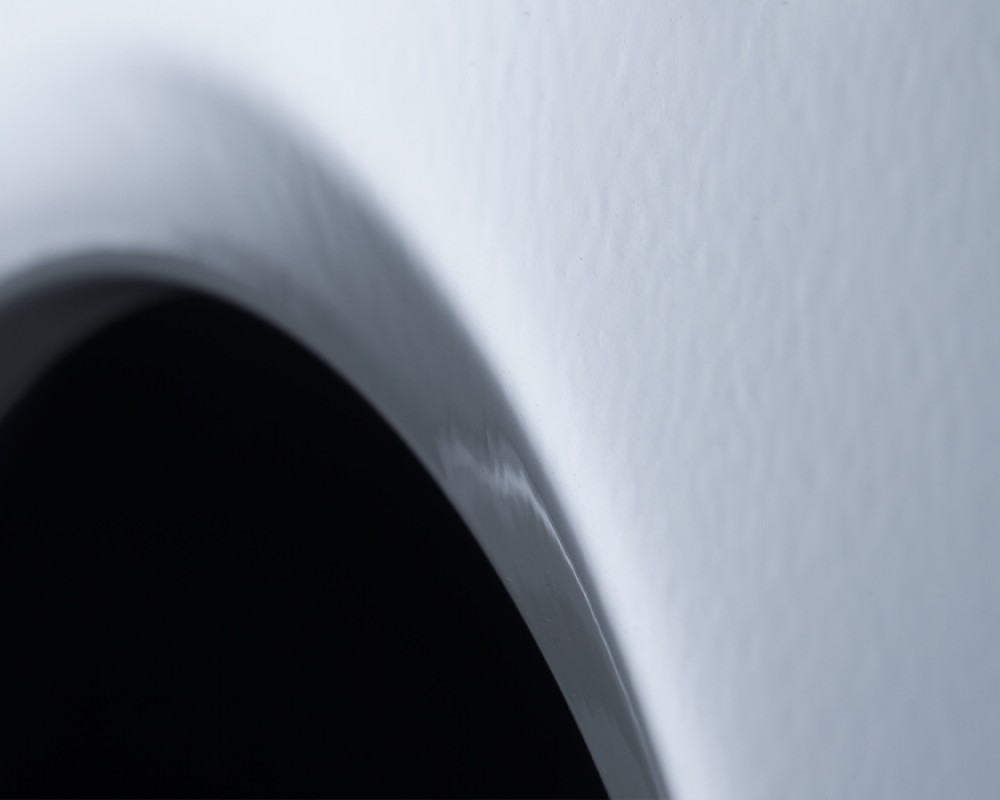 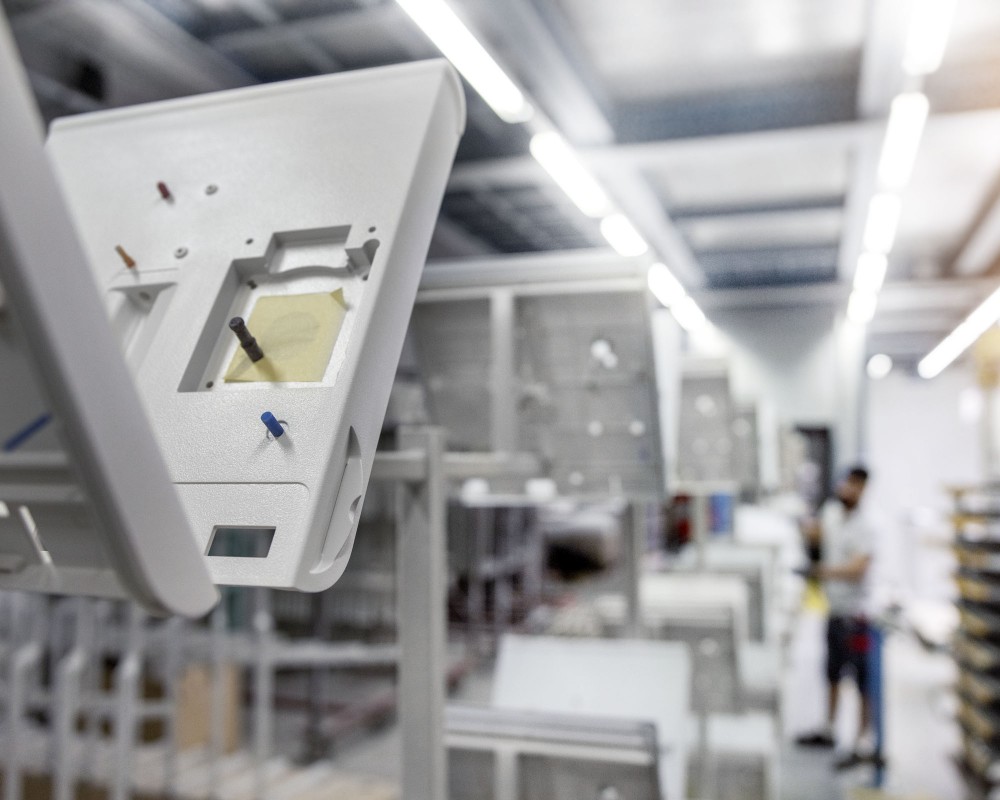 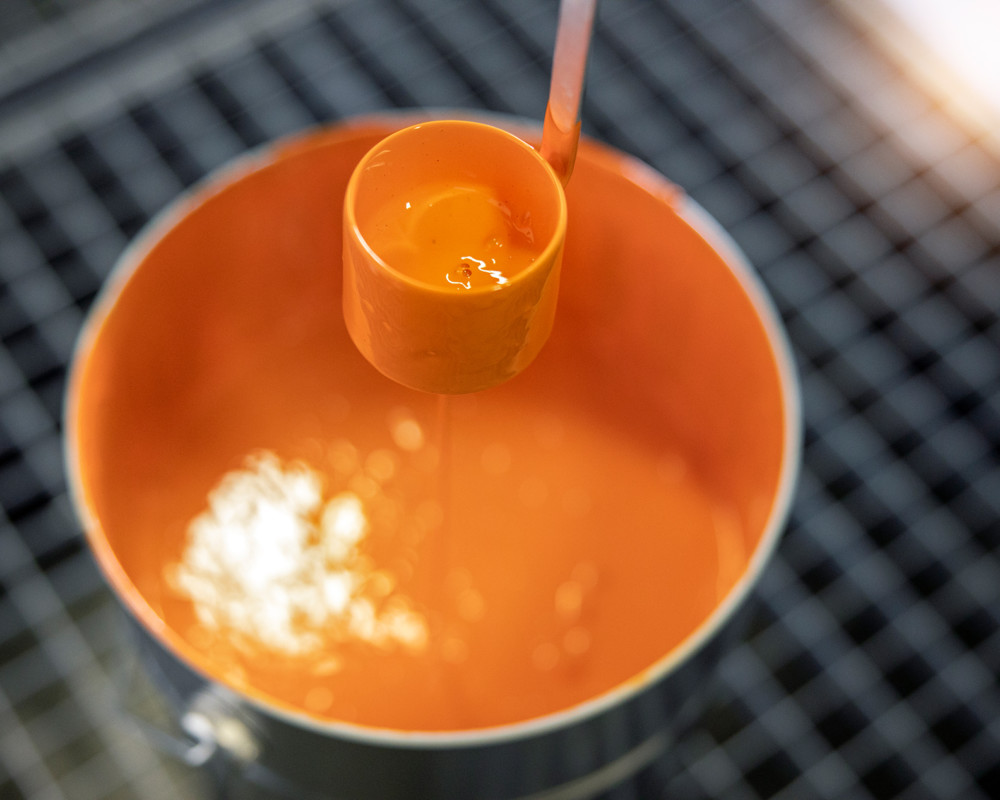 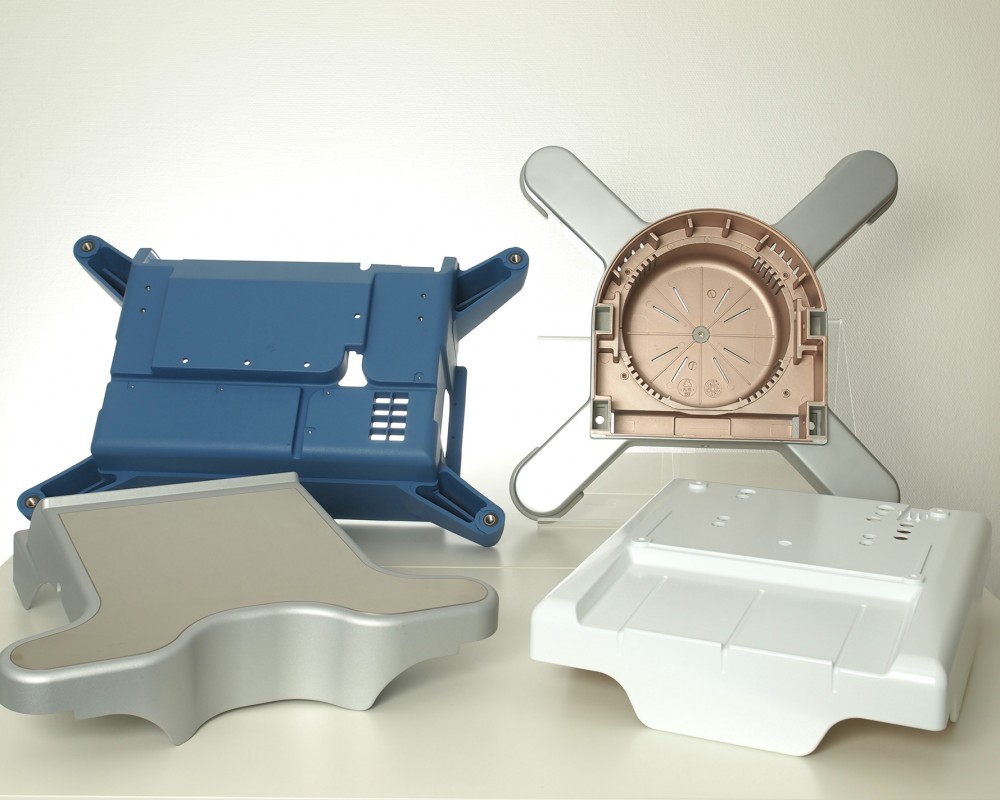 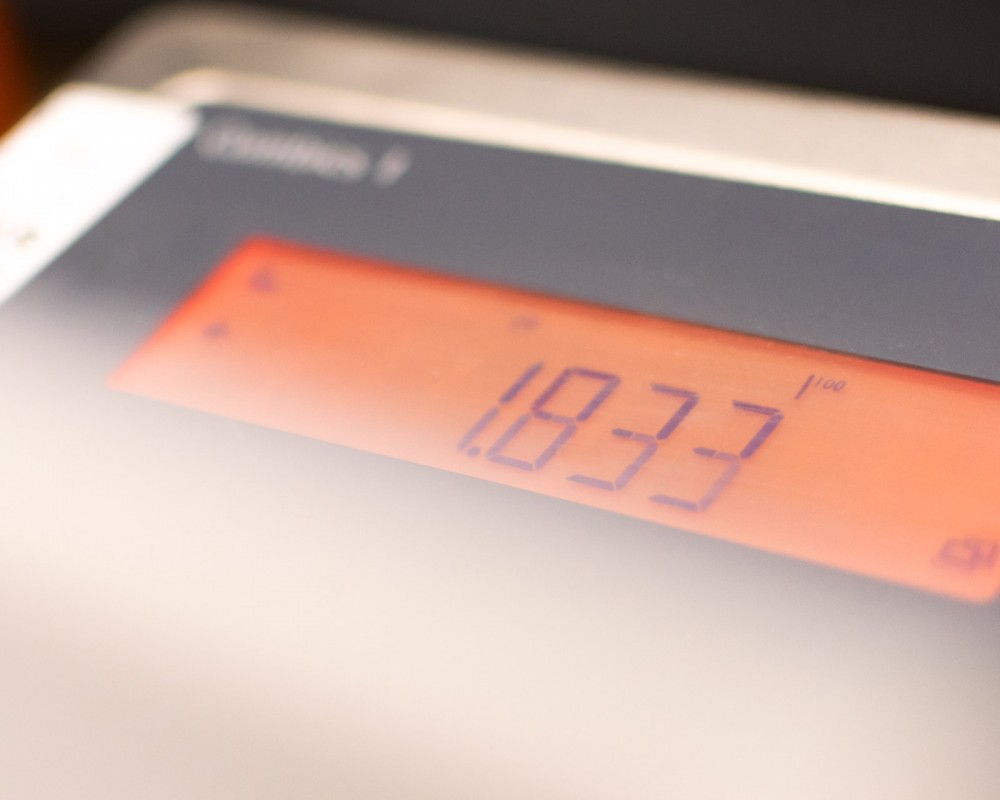